Are You a California Teacher or Educator with a DUI Arrest or Conviction? 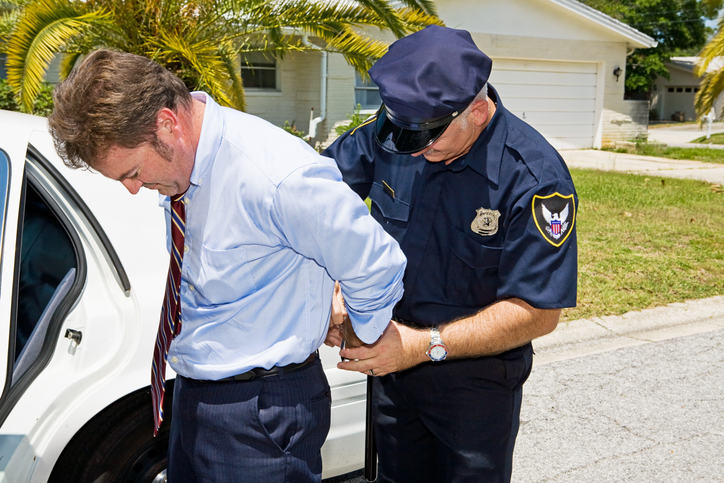 If You Are a Teacher in California, What Happens to Your Teaching License or Credential if You Are Charged with a DUI?

Under the California Education Code, the California Commission on Teacher Credentialing (CTC) is charged with evaluating and imposing discipline in response to incidents of educator misconduct. A teacher is required to report any criminal conviction whenever he or she renews or applies for a teaching credential and the CTC will be made aware of any arrest of a teacher for a criminal act when the arrestee’s fingerprints are entered into the state’s LiveScan database. Records of disciplinary actions against teachers are publicly available and searchable via the CTC database online.

Investigations of teachers and school administrators by the CTC have increased significantly since the mid ‘90s. The advent of the internet now makes criminal arrest data widely available, immediately to licensing boards and the CTC.

A DUI arrest is a prime example of how quickly a crime can put your California professional teaching certificate and license in jeopardy.

A DUI (driving under the influence) is considered a criminal offense in California and can put your teaching license and years of hard work at risk. After a DUI conviction, the California Commission on Teacher Credentialing may call for revocation or suspension of your license. A DUI conviction also becomes part of a teacher’s criminal record and is visible to any current or future employers conducting criminal background searches. Teaching candidates with DUI convictions may have difficulty in securing positions for which they are otherwise qualified.

Bob (a California teacher) goes to a bar after work with some buddies. He has one beer, says goodbye to his friends, and drives home. While parallel parking on a street near his home, he side-swipes an unattended parked car. Bob tapes a note on the parked car’s window with his name, address, driver’s license, vehicle registration information, and a brief summary of what happened. The owner of the car calls Bob about some missing information later that evening and notices that Bob is slurring some words. Believing that Bob may have been drinking when he hit his car, the car owner calls the police and says he suspects a case of drunk driving. The police show up at Bob’s door and ring the bell. Under the influence but not suspecting anything, he answers the door. The officer gives Bob a field sobriety test which he fails to pass. A breathalyzer test shows his blood-alcohol concentration (BAC) to be 0.09%. The police officer places Bob under arrest for DUI and takes him to the police station. Bob is a first time California DUI offender with a clean record.

Bob fears losing his Teaching license, his job and his livelihood but doesn’t know what to do next.

What type of lawyer should Bob hire now that he has been arrested for a DUI? How can he best protect his teaching license?

If you are a California teacher who has been arrested for a DUI, it is imperative that you hire an attorney with expertise in both criminal law and professional licensing law experience who understands the impact of a DUI both from a criminal standpoint and in terms of its impact to a Teacher’s license with the CTC. An experienced attorney with this “hybrid” skillset is a critical asset in cases where the attorney must represent the teacher for both the criminal DUI charge with the DA and the disclosures and disciplinary process around licensure inherent in the investigatory process with the California Commission on Teaching Credentialing.

Automatic Notification of the CTC About Your DUI

California Teachers undergo Live Scan fingerprinting at the time of licensure. When a Teacher is arrested and fingerprinted for a DUI, the Department of Justice automatically notifies the CTC of the arrest via the internet.

What Happens After A Teacher’s DUI Conviction?

Anytime a teacher or educator self-reports a DUI conviction, the CTC will review the circumstances to see whether or not there is a connection between the criminal conviction and the person’s job function. For many first-time DUI convictions, no correlation may be found except in cases when:

In these cases, the CTC may take disciplinary action (suspension) against the teacher’s credentials. For teachers who are convicted of subsequent DUI offenses especially if this shows a pattern of addiction to alcohol, the CTC can permanently revoke or suspend teaching credentials or deny a prospective teacher’s application.

While expungement of a teacher’s previous DUI conviction under California Penal Code Section 1203.4 PC can sometimes provide evidence of an educator’s rehabilitation, it is the educator’s burden to show evidence of rehabilitation. The CTC will review the severity (or lack thereof) of the offense, the relation of the offense to teaching, whether or not this has been a recurring problem, whether the teacher has complied with court orders and whether or not the teacher has taken steps towards rehabilitation.

A “wet reckless” (Vehicle Code 23101 and 23103.5 VC) is a plea bargain from a California DUI. An attorney with expertise in both criminal law and professional licensing law uniquely understands the impact of a DUI on a Teacher’s license and will work hard in an effort to get a DUI reduced to a wet reckless. A DUI conviction may result in a license revocation, probation, and heavy fees. A wet reckless conviction may result in less severe disciplinary penalties by the CTC.

It is imperative for a teacher facing a DUI to find a professional licensing and DUI attorney at the earliest stages, before a conviction, to fight for the DUI to be reduced to a wet reckless.

Questions Teachers Facing a DUI Conviction Should Ask Their Attorney:

We Are Here to Help.

The Law Offices of Lucy S. McAllister have successfully represented a wide range of California licensed professionals including teachers and educators. If you are a California teacher who has been arrested for a DUI, it is imperative to enlist the assistance of an experienced DUI and licensing attorney immediately. We have a background in criminal and professional licensing law and understand the unique legal complexities facing educators. We have the knowledge and experience to craft a comprehensive legal strategy and are dedicated to navigating your specific case from the DUI through the disclosure and disciplinary process to best defend your professional interests with the CTC.

For additional information or to schedule a free consultation on a professional licensing issue, please contact us today at (877) 280-9944.